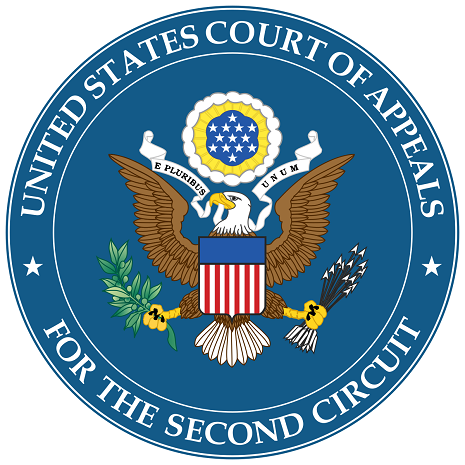 Sometimes the law is wrong even when it is right.  Or, in the words of Judge Guido Calabresi, sometimes an otherwise substantively reasonable sentence can still be “absurd.”  In United States v. Jones, 15-1518 (2d Cir. Oct. 5, 2017), the a “mentally deficient” defendant with an I.Q. of 69, appealed his 180-month sentence for biting the finger of a U.S. Marshal.  This was due to the defendant being classified as a career offender as a result of two prior convictions for crimes of violence: one for robbery and the other for assault.  The defendant appealed claiming the district court erred in counting the robbery conviction as a predicate crime of violence for purposes of the career offender enhancement (COE). As a career offender, the defendant’s sentencing range was 210 to 240 months (the statutory maximum penalty).  Without the COE, his sentencing range would only have been 36-48 months.   There are two ways a prior offense can qualify as a categorical crime of violence: either if it has “force” as an element, or under the so-called residual clause.  At sentencing in 2015, the district court found that the robbery was a categorical crime of violence under the force clause. And this is where the case timeline gets a bit tricky, which caused Judge Calabresi so much consternation.  In 2010, the U.S. Supreme Court held that robbery could not be considered a crime of violence under the force clause of the Armed Career Criminal Act (ACCA), which was identically worded to the Guidelines COE.   That case, United States v. Johnson, 559 U.S. 133 (2010) (Johnson I), served as the basis for the defendant’s appeal in Jones.  As a result of Johnson I, the Second Circuit actually reversed and remanded the Jones case with directions to the district court to sentence Jones as if he was not a career criminal. And then fate intervened.  Shortly after the remand, the U.S. Supreme Court granted certiorari in Beckles v. United States, 137 S. Ct. 886 (2017).  The issue before the Court was whether the holding of Johnson v. United States, 135 S. Ct. 2551 (2015) (Johnson II) applied to the Guidelines’ COE.   In Johnson II, the Court held that the residual clause of the ACCA was unconstitutionally vague, and therefore void.  So, at that point, it appeared that robbery could not qualify for a predicate to the COE either under the force clause (Johnson I) or the residual clause (Johnson II).  And this is the way many appellate and district courts had been ruling. Nonetheless, the Second Circuit decided to wait to see what would happen under Beckles, i.e., whether the COE was subject to a void for vagueness challenge.  Somewhat surprisingly, and counter to the majority of federal appellate courts’ holdings, the Supreme Court found that Johnson II did not apply to the Guidelines, i.e., the Guidelines were not subject to void for vagueness challenges.  The Court so held because the Guidelines are merely advisory. Thus, while Jones’ robbery clearly could not qualify as a crime of violence under the force clause, it could qualify under the residual clause of the Career Offender enhancement because that clause was not unconstitutional, at least the COE version.  Accordingly, the Second Circuit reversed its reversal and affirmed.  And it did so despite the fact that, by this time, the U.S. Sentencing Commission had removed the residual clause from the Guidelines that had been the subject of the Beckles case.  In other words, had Jones been sentenced under a later version of the Guidelines, he would not have been subject to the COE despite Beckles.  And if he had been sentenced a little earlier, the Second Circuit simply would have reversed and he would have been re-sentenced under considerably lower guidelines.  In fact, if the district court had resentenced to the non-COE sentencing range of 36-48 months and granted a proportional downward variance, his sentence would likely have been no more than 31 months, i.e., about one-sixth of the sentence he actually received. So, if everything was correctly decided, why the remand?  As Judge Calabresi notes in his concurrence (which was joined by Judge Hall, thus begging the question as to why the concurrence was not the majority opinion of the Court), shortly after issuing their decision, the Court was alerted to 28 USC 2106, which apparently allows for remands for “further proceedings to be had as may be just under the circumstances.”  So, even though there was an affirmance (and a majority concurrence), the panel nonetheless remanded with the hope the sentencing judge may reconsider the legally “substantively reasonable” sentence but one that nonetheless is “both absurd and deeply troubling.” https://law.justia.com/cases/federal/appellate-courts/ca2/15-1518/15-1518-2017-10-05.html https://law.justia.com/cases/federal/appellate-courts/ca2/15-1518/15-1518-2017-10-05.html
0 0 votes
Article Rating